Have had a request to start a new Rangers thread. I think that  there are a few lurkers who would like to contribute. So here we have it. Season nearly over. We look ahead to the coming season. Even a

Several posts have been removed. Please stick to football and keep the religious bullshit out of it. Thanks. 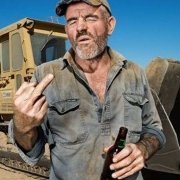 I have stop reading this thread, my mind keeps switching to reading in a Scottish accent every time.