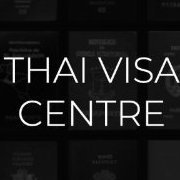 By ThaiVisaCentre,
June 4 in Thai Visas, Residency, and Work Permits

I just read on the royalvacationdmc.com website "For tourists who are willing to move to other Provinces in Thailand when Coming under the Sandbox Program, They have to stay a minimum of 14 Nights".

After months of meetings on this sandbox, the authorities have finally sorted out an obvious thing that at least half of the Thai visa members have alreday seen since the begining: with a 7

Are there any more changes in the pipeline? If they keep adding new rules, new restrictions, and new paperwork, by July 1st the "Phuket Sandbox" will be worthless.   And that's coming from s