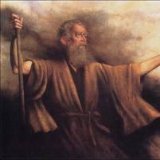 By prophet01,
September 18 in IT and Computers