My wife grew up down the street from Pol Pot 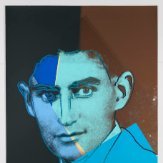 By Paulaew,
January 13 in Marriage and Divorce