And so it begins from the inside of the medical field.  Many have hinted that this is what's happening but others continued over time to tell us that social media would be covered with stories of dead 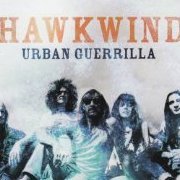