By webfact,
May 19 in Phuket News

so he took a blue pill and vaulted over the balcony ?   what was the point of that news item 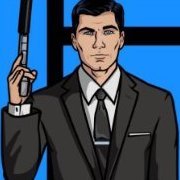 How absurd. You may as well report that there was a pack of Marlboros found on a table.   That would be the point of purchasing them.

Balconies jump for falangs are always considered accidents in Thailand, so says the constitution.