My wife left me indefinitely to become a prostitute, what legal action can I take?

By keysersoze276,
Thursday at 08:29 PM in Marriage and Divorce

She tried forr 7 years ! She didnt make that decision easily or overnight. Your relationship was finished awhile back Like the drink, you need to let go of her tool You both screwed it up !

How embarrassing to write this, but here it goes.  My wife (Thai) and I went out to a nice dinner with plans to get a massage afterward.  There was no argument or anything.  Then in the middle of dinn 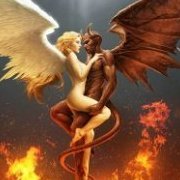 1. Talk to a lawyer.  2. You posting her pic here ir anywhere else without her consent is illegal under the new Thai data privacy act and will land YOU in trouble.