What Level Of Speaking And Writing Thai Are You At? 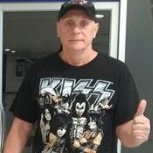 Good Topic, I hope more people weigh in on it!! 1. What level are you at? A pretty subjective question, I'd say my reading comprehension and ability to understand spoken Thai are far away superior

I would love nothing more than to be fluent in Thai, it would greatly improve my life in Thailand, especially with my future in-laws and family. I'm usually pretty good at learning new languages; I'

1. What level are you at? Speaking and understanding Thai very good. I fool Thais on the phone sometimes but rarely for more than a few minutes. I spoke more Thai than English in an average day for se