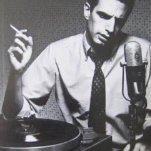 By Tarteso,
December 7, 2021 in Marriage and Divorce

Consenting adults, who is anyone to judge anothers relationship. Up to them. 😃

Reminds me of the joke,   65 year old guy walks into a bar with his new stunning 20 year old wife. Barman says, "Cor mate, how did you score that one?" Old guy replies, "I lied to

Well, why not?   It is obviously mutually beneficial.   I see no harm. Although, you could say they are both predators of a different kind, just preying on each other for sex and m