Normal for lawyer to put her friends as 51% owners of my company?

When purchasing a house In Thailand and then registering that house through a company as the owner, is it normal for the lawyer to add her friends as the 51% owners?   I was originally told

The Thai lawyer has done nothing wrong or abnormal. A Company needs 51% Thai ownership, if the foreigner doesn't nominate Thai people the the lawyer will find the Thai people. Its what the lawyer is g 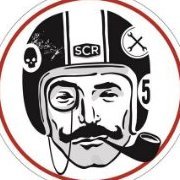