Thailand To Change From Left To Right Hand Driving 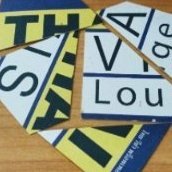 HELL! thats gonna be dangerous . Anyhow, a large % of them drive on the wrong side already.