Punishment in school what would you do

By kingstonkid,
August 10 in Teaching in Thailand Forum

Whoa! Ridiculing or joking about a teenage child's sexual orientation or inferring that a child might be gay (even in a joking manner) in front of their classmates strikes me as incredibly inappropria 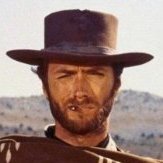 Precisely.  One of several users who like to try and twist things and label them with a generic word to make them sound like the worst possible meaning of that word.   They won't refer to it

it is what it is

any qualified and experienced teacher worth their salt is adept at basic classroom management. if you are unable to manage a difficult class/students perhaps you should consider a different profession