By owl sees all,
December 24, 2018 in Thai Visas, Residency, and Work Permits 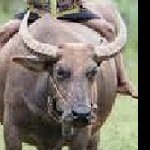 It only makes it easier to get the service but it is not free. The ID number is used to get served quicker. You can do the same thing with the yellow house book.

Might as well use a Thai driver's licence; it's worked for me several times.

Usually when I give ID, or visit Thai parks or attractions, I use the Pink Card and avoid any Falang pricing. So basically I like having it, it helps prove residency and separates you from the Tourist