By onthedarkside,
June 27 in World News

Pence described himself as a "principled conservative" and supporter of the Tea Party movement,[2] saying he was "a Christian, a conservative, and a Republican, in that order."   translation

And a woman killing a man's child with no say from the father is OK ? Is it right to kill your ex's kid ? Merely as you split up ?    Abortion SHOULD be banned for cases that are not incest, 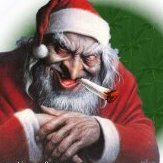 As a mental exercise: if men could become pregnant the same as women do, do you believe there would even be a debate? My guess is that abortion would become a "god given inalienable right" and amended