What they don't tell you about clearing off to Vietnam 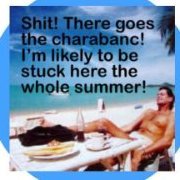 Actually - it's not! The info above relates to the pitfalls of people coming to live here, and if that isn't you, then you'll find it boring. I'm in Nha Trang, which has a climate the same as Koh S

Thank you for taking the time writing about your move. Much appreciated.