Time Machine: Pick a Year in you Would Go Back To 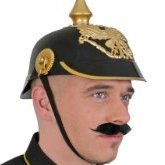 I had to think a few minutes about that one. And obviously one big question is under which conditions would I be able to go back? I.e. could I live my own life again with the knowledge from the future

None.  My life and focus is on the future. People who constantly think about the past that I know are mostly "I wish" failures.