THE WEEK THAT WAS Give me Thailand any day over the Philippines! It’s SLIGHTLY less mad…

By webfact,
May 28 in Thailand News

OPINION | by Rooster   Speculation was rife this week after local and gubernatorial elections that the results might herald a major shift in the political landscape. Is the polarization in T

I know it from more than 40 years ago. My first wife was from there. Might have changed but it was:   1. Nicest beaches I have ever seen. No comparison with Thailand (unless someone can give 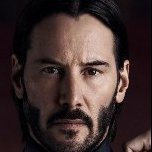 Yes, but not the food!