"We’ll Have Herd Immunity by April" by Dr. Marty Makary, Professor at the Johns Hopkins School of Medicine 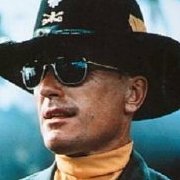