By suzannegoh,
July 23 in Chiang Mai 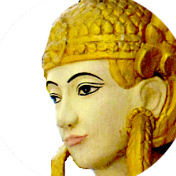 Yes, but what all you guys who think social media is a better guide to health matters than science seem totally unaware of, is that the prophylactic treatment for parasites is one dose of ivermectin,

Partington,   100's of millions of people are taking doses of ivermectin right now that are greater and more frequent than what I outlined. This is happening all over in different areas of I

I bought the cheap Chinese pet Ivermectin off of Lazada. It comes in 5 mg tablets of 100% Ivermectin. 100 tablets for 73 baht. I've been taking it for months with zero side effects. There are no other