British tourist arrested for overstaying in Sisaket, says he loves Thailand so much he doesn’t want to leave

Those BMW smart cars are becoming too damn clever. It appears they can now locate overstayers when they are just walking down some random road minding their own business!

PHOTO: Matichon   A British tourist was arrested in Sisaket after overstaying his visa for two months. The tourist confessed his affection for Thailand to immigration officers, saying he lov 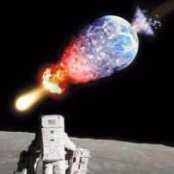