Polish man arrested on Samui Island with canceled student visa, 36 days of overstay, and an Interpol red notice for assault

There are so many Brits and other foreigners on Samui without the right visas. Many seem to be working as dive instructors,  in gyms or quack yoga or alternative therapy activities - about time they w 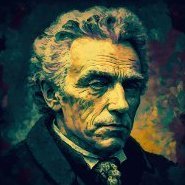 Interesting that the 'red notice' was issued for 'assault' and something about posession of illegal ammunition.   Lets look into 'red notices', what they are and under which circumstances th

By Goongnang Suksawat   Samui, Surat Thani –  A Polish man was arrested on Samui Island with his student visa canceled, 36 days of overstay, and an Interpol red notice from his home country.