It really depends on what you think makes a good wife...   And there are so many distinct areas here in Thailand that have different types of women... so many variables... an older farang w/

Generalizations are necessary and we use them all the time. But there's always someone like you who writes that.   Is it hard to make friends in Denmark? Generally, yes.   Do Brazi 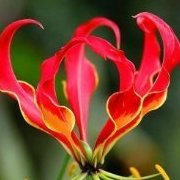 The Filipina accent drives me up the wall.