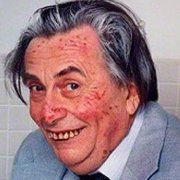 I was nearly beginning to think that things couldn’t get any worse in Thailand, until I read this.

Thank heavens I am leaving. I can't take much more of Thai politics.

Picture: Sanook   Thailand's health minister and DPM Anutin Charvirakul declared at the weekend that he is ready to lead Thailand and become the next Prime Minister.   The Bhumjait