By TheAppletons,
June 18 in Chiang Mai

Any chance of people staying on topic.  We are discussing KSK with small diversions regarding other malls and where bank accounts go.  Please start another thread if you want to go down memory la 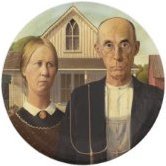 Agreed. It will become an immense white elephant. How long did the Poy Luang Hotel stay a vacant eyesore out on the Super? In the late '70s it was the tallest building in town and its revolv