By onthedarkside,
June 30 in World News

A welcome return to appointing Justices who are qualified for the post.

Anything is better than Trumps Ultra Right Wing conservatives.   Religious zealots on the Supreme Court are like the Taliban extremist in Afghanistan. 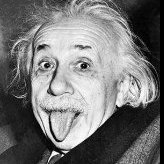 "A welcome return..."    You're joking, of course. When in American history were Supreme Court nominations anything other than crass attempts at pushing forward some faction's political or s