Reuters file photo for reference only   A day after declaring that the Omicron variant would have no effect on foreign tourist arrivals into Thailand the TAT chief has done an abrupt U-turn. 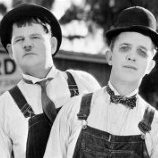 The saddest thing about this is that those responsible will not be held accountable for their continuous blatant lies.   When you continually tell the people false hopes and misinformation t