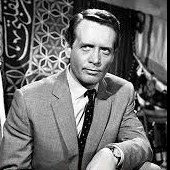 I thought they just added another 500 baht fee to air arrivals to take care of this "problem." But they want the scam insurance piled on top of it for Thailand Pass?  Worthless insurance with numerous

I do not believe there is many western visa holders who is leaving the country with unpaid hospital bills. I do believe there is a lot of Myanmar, Laos illegal workers who can not pay their hospi

While the Thai authorities have previously revealed the issue that unpaid medical bills from uninsured foreign tourists have on the Thai health care system (and state coffers),   If I rememb