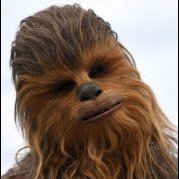 By Wookie,
January 27 in Thai Visas, Residency, and Work Permits

Applied for my second marriage extension a couple of days ago. I was previously on retirement extensions and have been going to the same office for 12 years.  Called in two weeks earlier to arrange an

I only put up with the bureaucratic <deleted> here because I like the weather and the scenery and have a great wife. Otherwise I would be on the first flight out.