How Do You Conceal Your Wealth in Thailand

By AwwYesNice1,
May 18 in Farang Pub - fun, entertainment and Expat life 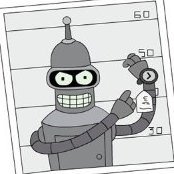 Always walk around holding an open can of spaghetti and a plastic spoon. Also, a plastic bag full of plastic bags.

Those that actially have money rarely need to show it. Those that want to give the impression they have it rarely do.

I wouldn't say I am wealthy, just comfortable here. Drive a 16 yo car, 14 yo scooter, and have a 55 yo GF. My policy is to never tell anyone what I have by way of assets here and in Australia. Th