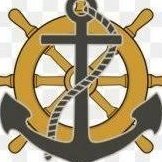 By ravip,
May 24 in Health and Medicine

Butter, every time. Not as unhealthy as previously thought.   Margarine on the other hand, just 2 molecules away from being a drainpipe.

With margarine it depends entirely on what it contains and this can vary greatly. In the West now there are margarines available that are without trans fats and made form unsaturated plant oils.