How did they get through the security checks the Israel end ? 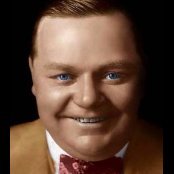 When I went through the security leaving Israel many years ago,they checked everything and unpacked my whole case by hand.These days with metal scanners and x ray machines I find it almost impossible