By webfact,
July 4 in Thailand News

Never understand why an alien with a serious criminal record would be allowed entry of  the Kingdom of Thailand in the first place. 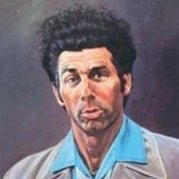 Icon? slight exaggeration, just another guy on roids it seems

And who really gives a rat's nest about him?  Upvote or Downvote your opinions.  Curious to see.  Thanks.