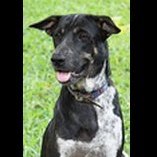 A friend of mine works at a restaurant in Central Airport Plaza. She and all the other employees are double-vaxed (per Central mandate). Every week, all employees must be tested via antigen test

When the pandemic first started Thailand's fear of the virus served them well. Fast forward to today and that fear still abounds and is greatly holding the country back from trying to return to a

I had a PCR test a few days ago at the Vientiane Health Centre, prior to flying to Turkey.  Of the 100 or so people due to fly on my plane, 20 of them tested positive for Covid, yet had no outward sym