By webfact,
October 3 in Pattaya News

Prostitutes robbing tourists in Pattaya? Is this a new thing because I was under the impression that we were told by the police that there is no prostitution in family friendly Pattaya. 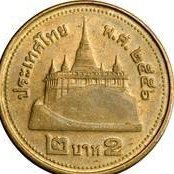 Shaved his legs then he was a she She said "Hey babe, take a walk on the wild side"!

Daily News Thai Caption: Prostitutes' star attractions   A Russian and an Indian man are the latest victims of theft perpetrated by Beach Road prostituites in Pattaya on Thailand's eastern s